skip to main | skip to sidebar

Posted by Lisa's Sports Page at 5:31 PM No comments: 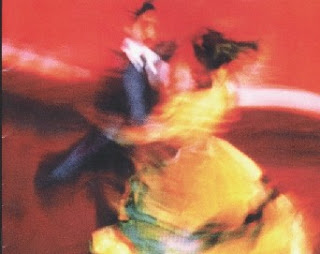 Dance with vigor, and hot action denotes this wonderful combination of good clean fun mixed in with mild at time exotic sensual moves, along with both Afro-Carribean Romanticism, and Spanish sophisticated sanppy'ness and alure. The dramas in which various Latina / Latino vocalists echo the demure, the sensual, and the deep meanings of outright passions released in both great tempos, and mild resistant at the sametime. Here the people dance.

Dance they do. All the world, and, NOW, being Latina / Latino now has taken a new turn for pride and esteem. None-the-less the artistry is growing, and now some are starting to look back, and look closer of went before, and suddenly finding out the resurgence in Latina Danza in the 90s could not compare with the faster tempos of the 40s and 50s when this dance social finally established in principal dance forms. Nor really could come close to erotic moves either, and in the midst of this discovery those who are becoming aware of the full demension of Latin / Salsa dance are becomign self-aware of their novice predepositions in camparisons to great Latin dancers of the 40s and 50s.

What was also discovered, especially in and around the cafes which lined Pennsylvania Avenue adjacent to the Agency for International Development [ AID ], and various foreign offices of the United State Govenrment, Arthur Murray was there in Havana during the 50s with a special check book in his pocket, along with phone numbers of who to call to get entry visas. The talk over Latin dance took on.....

What he did was to sit around, and at times danced with his wife, Katherine at the Copa - the leading dance spot of Latin and Central America, and enticed the best dancers to come to America. Several at first resisted. Then in the end, when checks were being made out in the sums of $ 5,000.00 the resistance collapsed. Later the added attraction of coming to America and getting a Latin Dance Mastership rankings ... well you get the picture. Soon most of the top ranked Latina / Latino dancers were in America. He had the AID connections. This came to an end with Castro - who caused the rest who wanted money and not Marxism fled to Miami, and Miami Beach, Florida-with a few making it to New York City.

A side note: The lovely sensually dressed, of course showing clevages all the way, show gals were invited to come to Las Vegas. They got their visas virtually overnight, with some paying for this on their backs once in America, and the Las Vegas show girls became the national rage. Not only was Arthur Murray was there, but all the Gambling and Hot Action was all Mob up by the Cleveland Mafia Faction, who just then took over Las Vegas main action. Mifa Money Controller Meyer Lanski was the fait accombli Minister of the Treasury of Cuba itself.

Thus in looking closer, those who were only aware of basic steps, and even for matter thought they were doing really cool stuff came away with cultural shock and have come to the conclusion that they are only starting out. The real stuff is coming in the future. In the meantime, the ethical view is slowly being look at in the meantime.